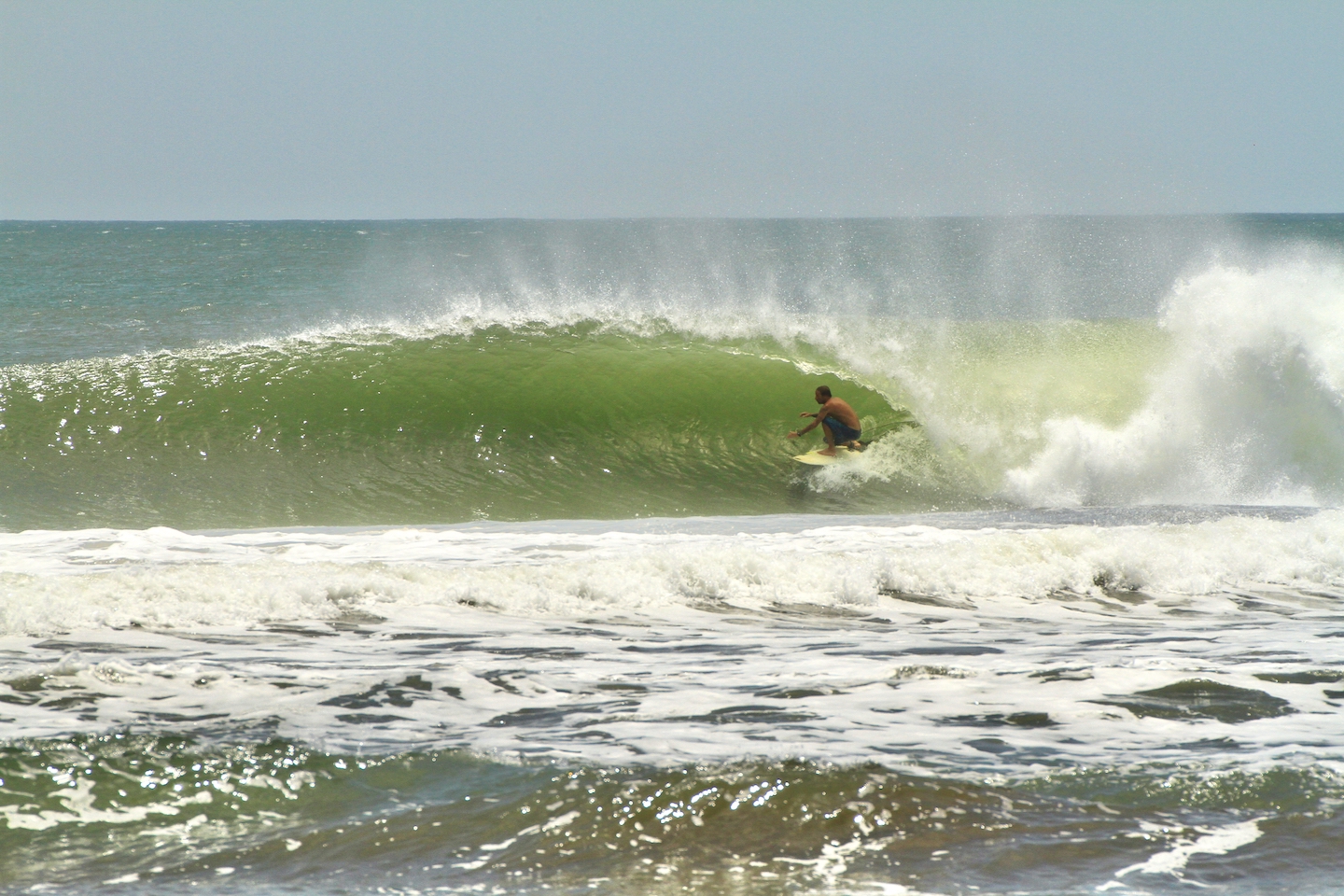 With 300+ days a year of off-shore winds, fewer crowds than its neighbor to the south (Costa Rica), and consistent waves year-round, Nicaragua should be high on your list of surf trip destinations.

Whatever your budget is, you’re highly likely to score plenty of waves and you’ll be happy you went. Especially between the months of April to November, when the southern hemisphere starts brewing highly desirable south swells which Nicaragua and the rest of Central America are directly exposed to.

There’s a lot to look forward to when visiting Nicaragua—among the list are the consistent off-shore winds, typical water temps around 80 degrees plus, average surf being shoulder high to overhead, and fairly uncrowded or potentially empty breaks. Whether you’re looking to learn to surf or searching for those perfect Nica barrels, Nicaragua doesn’t disappoint.

Nicaragua has more than 250 km of coastline on the Pacific Ocean. There are two main seasons; the green or wet season (which is also the low season), and the dry or hot season (which is the high season). The green season is from about mid-May through mid-November which is the time frame when the Pacific coast gets hit with the biggest swells and most consistent surf. Goes without saying, this is a great time to consider surfing Nicaragua.

When it rains in southern Nicaragua it’s often light and sporadic which tends to pass through fairly quickly, and sometimes it only rains overnight (which is always welcome). September and October are the peaks of the wet season with the heaviest rain which can result in all day downpours at times. However, during these months everything is incredibly lush and green, there are fewer people, and while the surf is smaller you can still score glassy head-high perfection with little to no competition. Not a bad idea if you ask me.

January and February experience the strongest winds and upwelling which causes the water to be colder than normal. The waves tend to be the smallest this time of year as well which is an ideal time for the beginning surfer. Wish I could have learned to surf in tame, clean, friendly, and uncrowded Nicaragua, as opposed to nasty, junky, jumbled, cold, and aggro Huntington Beach. Haha. Oh, the memories. Ok, HB isn’t all that bad, but Nicaragua would have been much more AWESOME! Anyways, I digress.

April typically has good waves, minimal crowds, and the water temp is back to its warm 80-degree self. However, be sure to plan your trip around Semana Santa, aka, the Holy Week. This is the week the leads up to Easter (Thurs-Sun) and should be avoided if you’re looking for uncrowded beaches and lineups. Thousands of Nicaraguan’s take this week off and flock to the beaches for vacation which is sure to increase the crowd factor.

April through September is a prime time to go for the more experienced surfer. This is mostly considered the green/wet season, so prices can be reduced in some cases, and as there tends to be not as much tourism. More importantly, south swells are in full swing and waves are often consistently overhead and good to epic.

Late November is the start of the dry season which runs through April and can be a great time for any surfers looking for some milder surf and clean conditions. The dry season tends to be the high season in tropical destinations like Central America because most people want to avoid the chances of getting rained out on their hopefully sun-shiny vacation.