Escape from the crowds 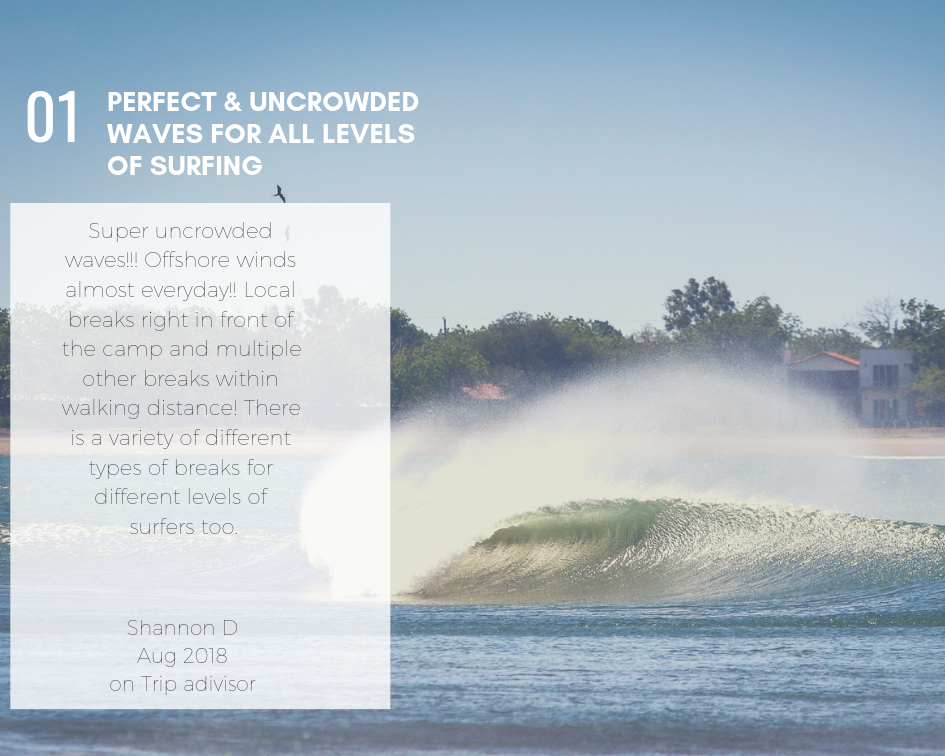 2019 is a year that we are expecting good season, with a forecast of the phenomenon El Niño occurring the possibility of big south swells coming from Antartica just increases. In addition, with a popularisation of Surfing, a tendency is that there will be more surfers traveling around the globe.

How to escape the crowds that haunt us in the most frequent destinations? An excellent choice to get tubes and get away from the crowd in 2019 is Nicaragua. The country is on the Pacific coast and has more than 300 days of offshore wind per year. This makes Nicaragua one of the most consistent surf destinations in the world.

It turns out that in April last year Nicaragua went through a strong political crisis, which made tourism virtually disappear. 80% of the hotels were closed even the high-end resorts.

It turns out that people's lives have returned to normal for more than 6 months. In the words of Rafael Sterza, partner of Miramar Surf Camp and resident of Nicaragua:

"The situation on the street is no more danger for people who visit the country. The Nicaraguan people want a peaceful way out and an agenda for their country to prosper as soon as possible."

In addition, we received a news from our brother Rafa, saying the sand bar of Puerto Sandino, is working as good as it gets .

"The sand bar has been the best we have ever seen. In 2017 the wave of Puerto Sandino didn’t work proper but from May 2018, when the first rain started to fill in the sand bar the wave turned back on, with different set up as we have never seen before. Now Puerto Sandino is also making a sick right hander a full on point break which can be surfed for more than 300 yards . The left is still the main wave and now the sand bar is just stretching even more which give us signal for an amazing season coming ahead .

"We had here in November 2018 surfing with us the pro surfer Caio Ibelli and his wife Alessa Quizon and they scored sick waves all over Miramar area specially at Puerto Sandino. They were both mesmerized how good Puerto Sandino can be when the bank is doing his thing.

So it's an opportunity to get perfect waves with no one around. Whoever comes this season will score a full menu with all types of surf breaks to be surfed only with your own friends around.